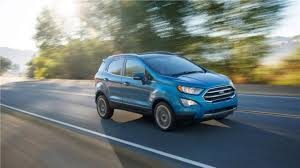 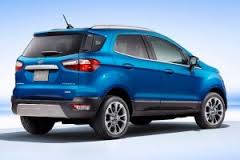 The most important features you’ll never use (hopefully)

There are lots of reasons to feel safer in the Ford EcoSport. It offers you features that protect you, and others that help prevent the need for protection in the first place. And that adds up to valuable peace of mind – wherever you go, in whatever conditions.

The EcoSport’s combination of traction control and an Electronic Stability Program helps ensure you have a strong sense of connection to the road and excellent control in corners and when overtaking. Together, they help reduce the chances of wheel spin, and over- or under-steering in corners.

Used in the space program, boron steel is four times stronger than normal high strength steel, yet incredibly lightweight. Injected into the EcoSport’s doors, it creates a super high strength safety cell designed to help keep you protected you in an impact.

NEED A HAND TO FIND YOUR CAR?